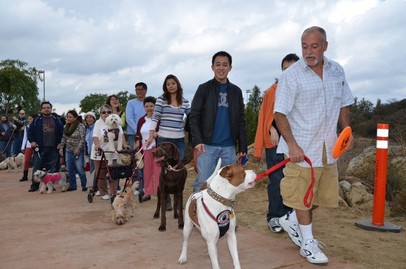 Bark Park is Open for FUN!   Story Credit from The Patch Newspaper 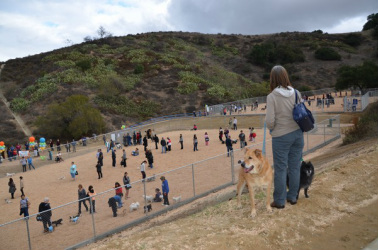 Diamond Bar has gone to the dogs.  (And their owners.)

That's all thanks to the brand new Bark Park which is now officially open this week, after a grand opening celebration was held this weekend.

According to city officials, some 200 dogs were at the Saturday opening-- along with several hundred more of their human counterparts.

After the ceremonial "leash cutting" took place, attendees were privy to pet-themed giveaways and coupons for dog-related services.

Now that the park is open, here are the official rules for use, according to the city:
The Bark Park will be available for use daily a half-hour before sunrise and a half-hour after sunset.

The dog park project had some initial delays before getting back on track.

Diamond Bar had wanted to open it in August, but the project stalled when the contractor had to be replaced because the company was unable to secure the proper bonds needed to begin the project.

On Aug. 24, the Diamond Bar City Council awarded a $103,941 contract to Torres Construction, Inc., enabling the project to move forward once again. 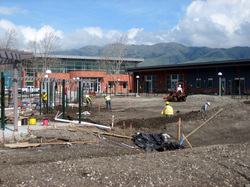 Updated 7/23/12
PLEASE NOTE: This project went out to bid again Monday, July 23, 2012 because the company
originally awarded the contract during the June 5, 2012 City Council meeting failed to submit
necessary paperwork within the deadline specified in the contract. The revised timeline for this
project calls for bids to be accepted until 10am on August 14, 2012, at which time all proposals
submitted will be publicly opened and read by the City Clerk in City Hall. It is anticipated that a new
work contract will be executed by August 31, 2012 with the construction period going from October 1
- 30, 2012, and the park opening to the public by mid-December 2012.
PROJECT DESCRIPTION: Located within Pantera Park, the City is planning to construct a dog park on 1.35
acres of an unimporved, highly disturbed area of the park. The project will not require any trees to be
removed and there are no blueline streams located on project site. The Project will consist of two enclosures
where dogs will be allowed off-leash: a 39,400 squarefoot area for large dogs over 25 pounds, and a 19,400
square-foot area for small dogs under 25 pounds. The enclosures will be surrounded by a six-foot high chain link fence with self-closing double gate entrances and exits to each area. The ground will be covered with six-inches of wood fiber (similar to wooden chips that are used for playgrounds). Access to each area from the adjacent parking lot will
be provided via a ADA accessible concrete walkway. The dog park will be open 30 minutes before sunrise and 30 minutes after sunset, to be consistent with the hours of operation with other parks in the City. The property is zoned Low Density
Residential (RL) with an underlying General Plan land use designation of Park. Other amenities planned for the site include: ADA accessible drinking fountain with pet bowl, Hose bibs for additional water access, Trash receptacles 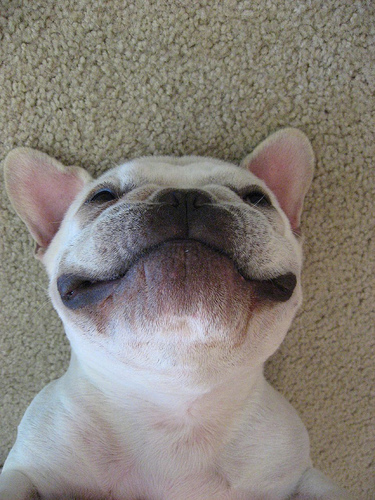